Home Policy Brief The Politics of Subsidy and Debt Burden 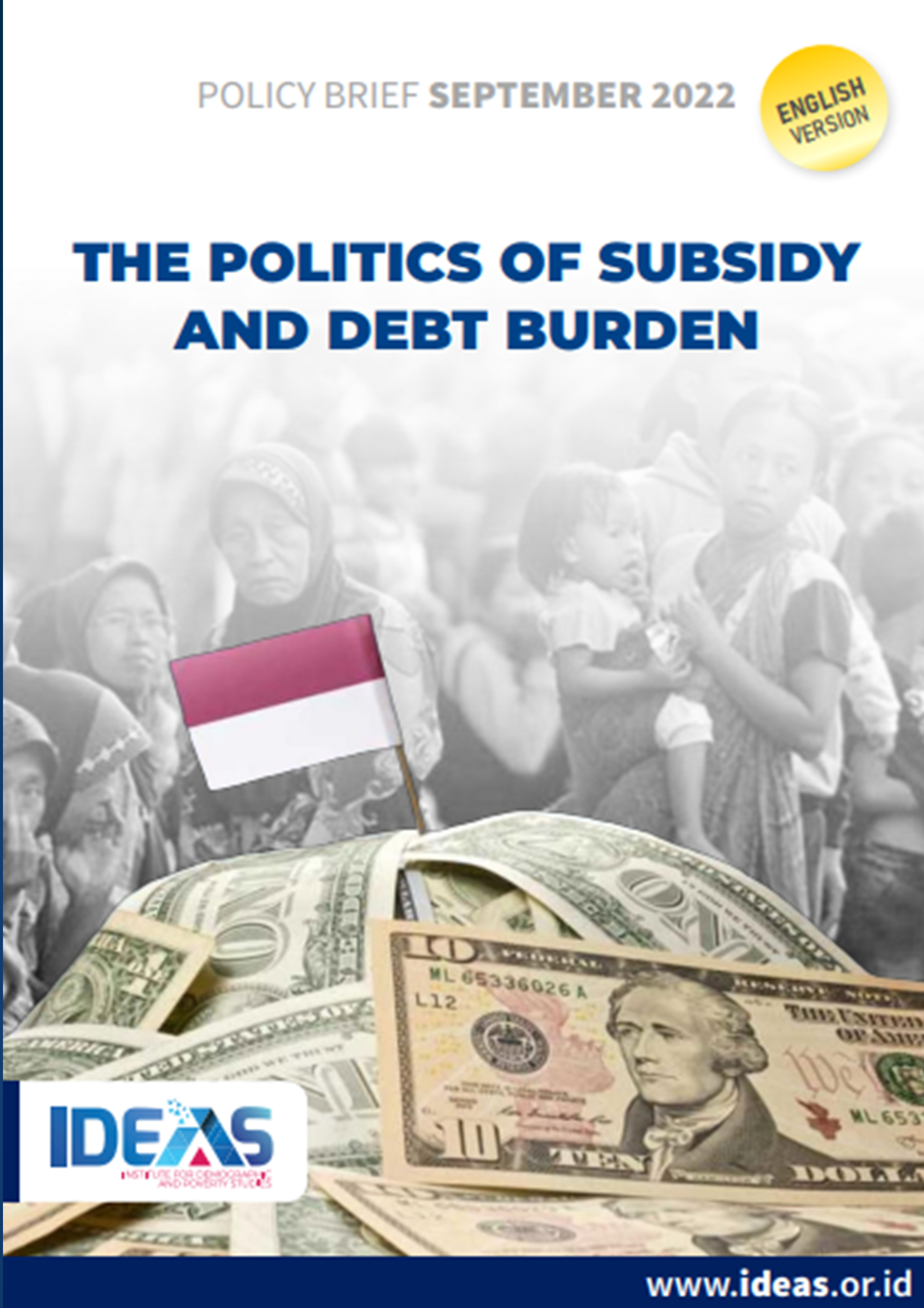 The recent increase in fuel prices, which has attracted widespread public  attention, is the latest example of the orthodoxy of public spending,  which peaked after the pandemic. The volatility in global commodity  prices has opened up the burden of State Budget (APBN) management:  tied spending, especially debt and bureaucratic spending, continues to  reign despite the drastic increase in the need for social protection from  inﬂation and saving the business world from recession. Increasing fuel  prices amid pressure from domestic prices and people’s efforts to  recover after the pandemic are the preferred response to rising world oil  prices, even though ﬁscal space allows other alternatives.

The increase in world oil prices since the beginning of 2022 has increased  the burden of subsidies and energy compensation in the 2022 State  Budget from 162.0 trillion to 510.1 trillion IDR. In other words, the change  in the assumption of crude oil prices from US$ 63 per barrel to US$ 100  per barrel will give an additional ﬁscal burden of 348.1 trillion IDR. But, at  the same time, as Indonesia is a signiﬁcant exporter of commodities  such as palm oil, coal to nickel, global commodity prices have also  signiﬁcantly increased state revenues, estimated at 420.1 trillion IDR.

Policy Brier - The Politics of Subsidy and Debt Burden