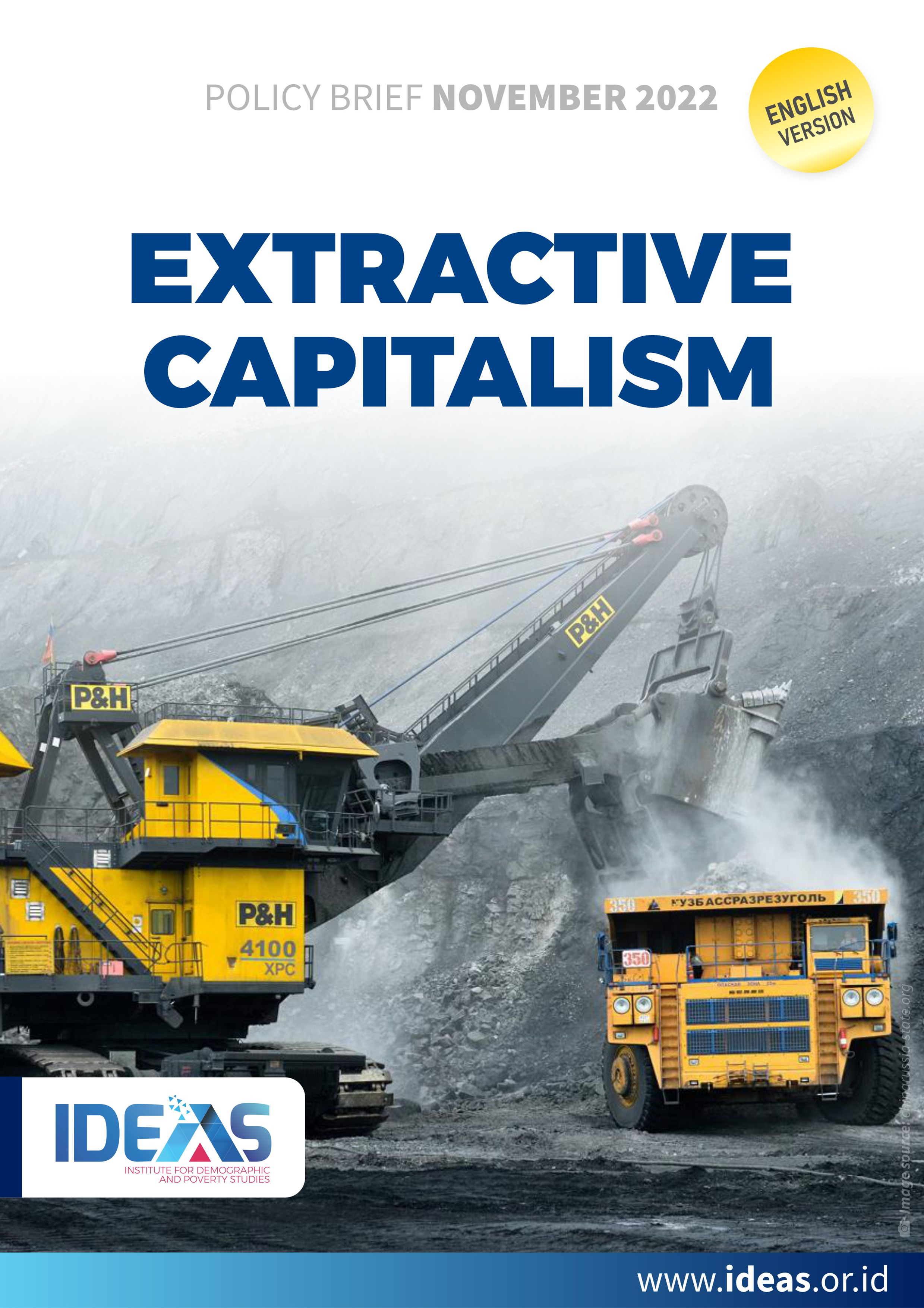 After the global food and commodity price crisis of 2007-2008, large-  scale land acquisitions by international investors increased rapidly,  including in Indonesia. Along with the resurgence of resource-seeking  foreign investment, millions of hectares of forest and agricultural land  are now being converted into plantations and mining. Across the  country, radical changes are taking place in land use as large-scale land-  grabbing concessions are granted to a handful of large capital owners.

The expansion of extractive capitalism is the response of extractive  capital and natural resource-owning countries to capture “economic  opportunities” from the surge in global demand for primary  commodities. They ranged from oil and gas, coal, base metals, precious  metals, renewable energy, and plantation food products. In the last two  decades, global capital ﬂows to developing countries have shifted from  investment in manufacturing and high-value-added service sectors to  the extraction of natural resources, both renewable and non-renewable.

Facing the swift ﬂow of large-scale global extractive investment,  Indonesia continues to facilitate global investors’ access to cheap land  and labor for large plantations and mining, even at the expense of the  people who lose their land rights. The structure of agriculture in many  areas has shifted towards the plantation and mining sectors which  produce export commodities, with the concentration of land getting  higher as land purchases are speculated.

Natural resource-rich areas in Indonesia have long shown a pattern of  development based on resource-led development and have  strengthened in the last decade. Approximately 90 percent of the GDP of  the national mining sector is contributed by only 100 regions, with the  most dominant being Kutai Kartanegara Regency, East Kutai Regency,  Mimika, and Bengkalis Regency. The mining sector’s role is prevalent in  this natural resource-rich economy, reaching up to 70 – 80 percent of  GRDP (Gross Regional Domestic Income), such as West Sumbawa  Regency, Paser, and Natuna Regency.

A more extreme situation is faced by areas rich in natural resources and  vast forest lands, which meet extractive capital siege from both  directions: a mining base and a plantation base, especially oil palm  plantations. Some areas rich in mining are, at the same time, major  plantation areas such as Kutai Kartanegara Regency, Bengkalis Regency,