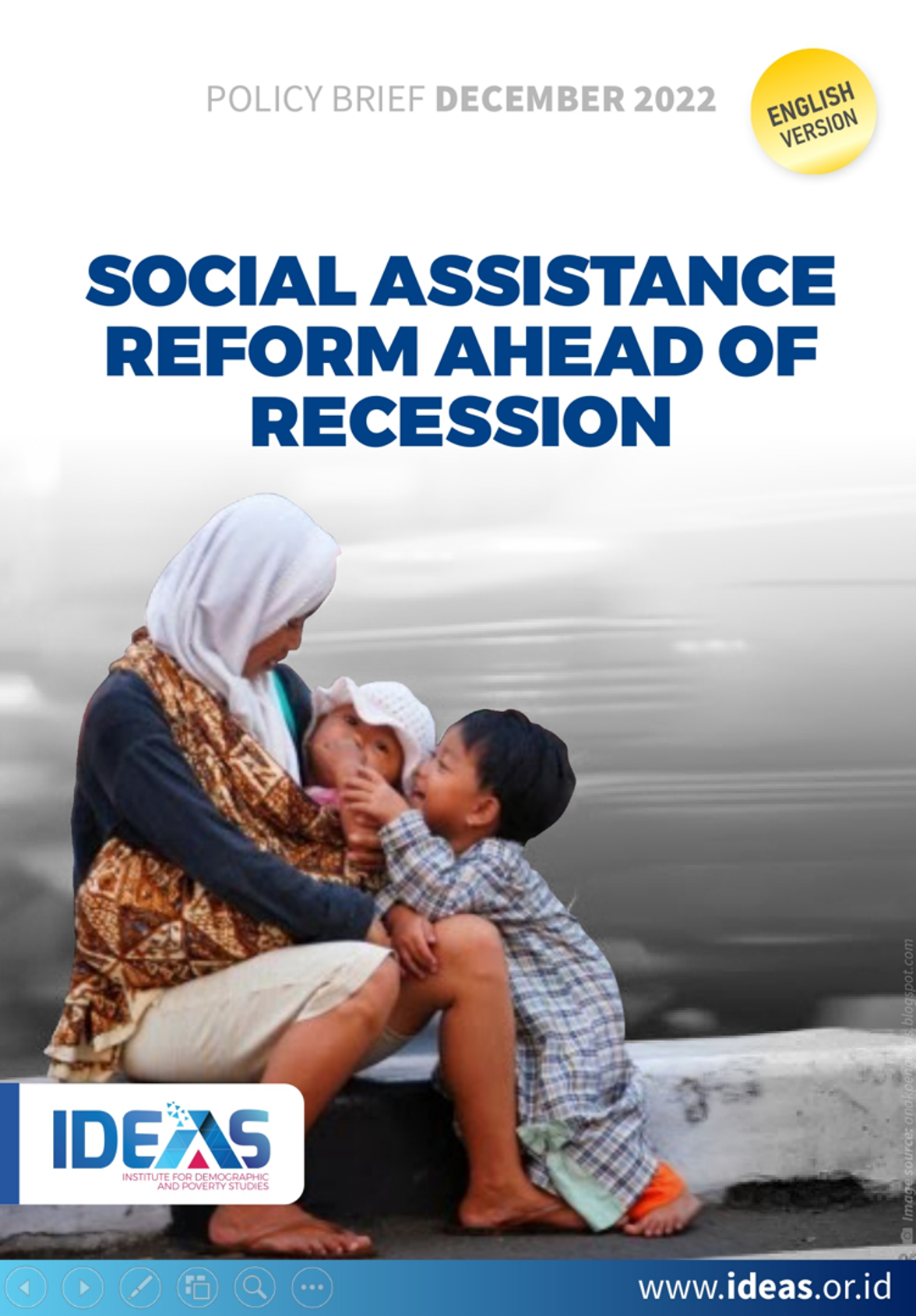 The tight monetary policy marked by aggressive increases in benchmark  interest rates in various countries to combat inﬂation has brought the  global economy into a state of stagﬂation: high inﬂation accompanied by  economic stagnation. With uncertainty on the supply side keeping  inﬂation aﬂoat, the world is now mired in a recession that is increasingly  clear ahead. New year, new crisis: reﬂation.

Crises and spikes in poverty are two things that will be difficult to avoid  next year. The 2020 pandemic has increased the problem of poverty, not  only for the lower socio-economic class but also for the middle class. The  2023 global recession has the potential to keep the lower class trapped in  poverty and make much middle class more vulnerable to falling into  poverty.

The global recession in the future will threaten the performance of post-  pandemic poverty reduction, which has now approached the pre-  pandemic level of 9.22 percent in September 2019. Despite experiencing  a delta-variant virus attack storm in June – July 2021, the September 2021  poverty rate has convincingly returned to the 1-digit level of 9.71 percent.  In March 2022, it was already at 9.54 percent despite being hit by an  omicron variant attack in January 2022. It is believed that the September  2022 poverty rate will further support the 2022 poverty rate target at the 8.5 – 9.0 percent level.