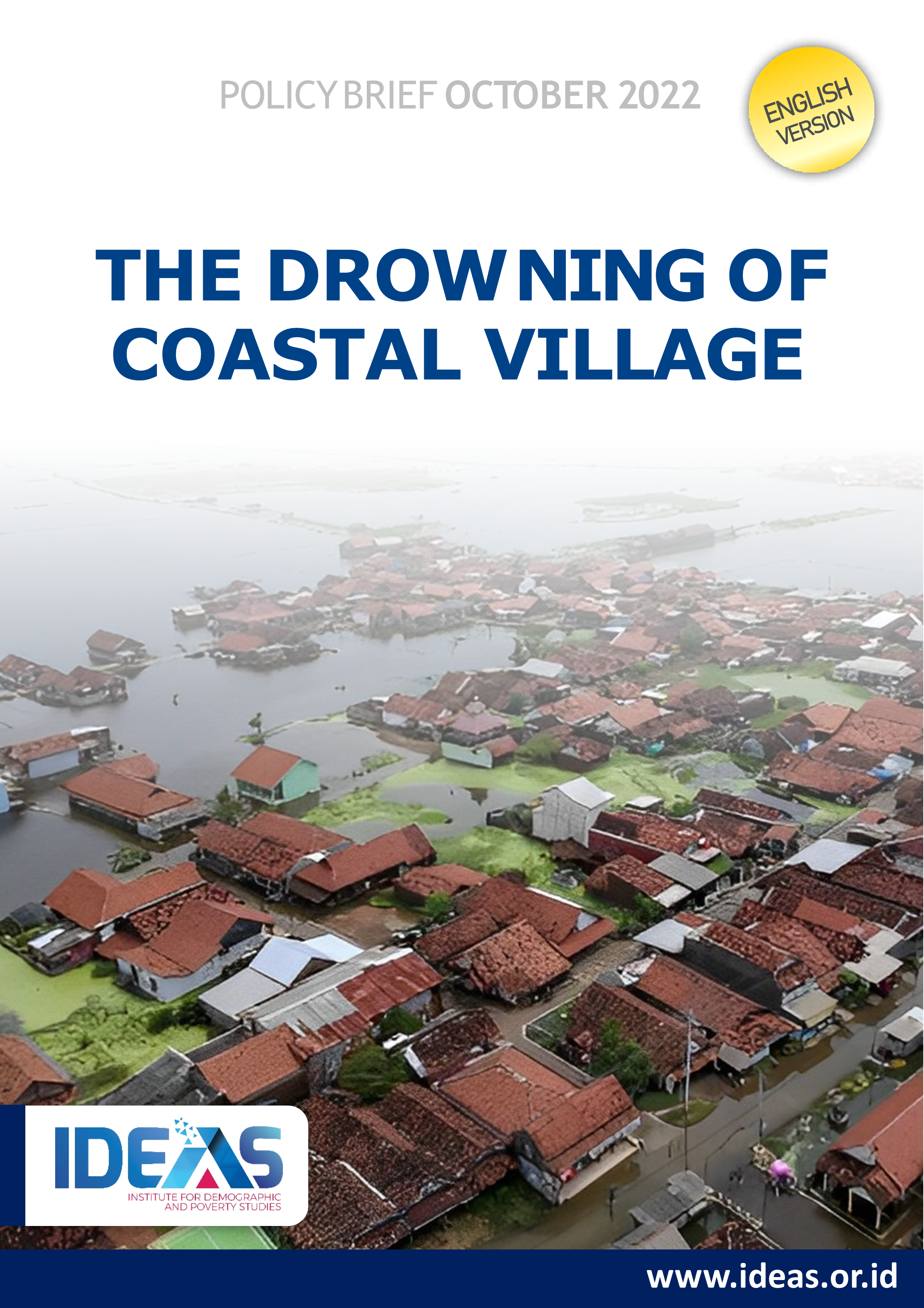 Amid the hectic national political-economic stage, Indonesia’s territory  continues to decrease. In silence, several areas lost an increasingly  signiﬁcant land area, not invasion but abrasion. As the largest  archipelagic country in the world with 17,504 islands and a coastline of  up to 108 thousand Km, the water area reaches 6.4 million Km2;  Indonesia is vulnerable to the threat of global warming and rising sea  levels.

By 2020, of the approximately 84,000 village-level administrative areas,  more than 15 percent are geographically located on the seafront. Thus,  rising sea levels directly threaten the lives of 12,879 seaside villages  across the country. Almost all coastal towns, more than 95 percent, use  the sea for ﬁshing activities. However, between 2003-2019, the number  of ﬁshermen in the sea decreased to 1.5 million. The sea and the coast are  increasingly unable to become a source of livelihood.

The livelihoods of the rural population depend a lot on nature. Nature is  often the foundation of subsistence activities and an adequate safety net  in times of crisis. For many rural poor, natural resources are a crucial  source of livelihood, ranging from food and building materials to  medicine. The poorer the household, the more dependent they are on  nature. For the rural poor, nature is the most important asset. Thus, the  maintenance of natural resources in a sustainable manner has an  essential contribution to poverty reduction and income distribution in  rural areas.

The agricultural sector is the primary source of income for most seaside  villagers. Nearly 90 percent of coastal villages in Indonesia rely on the  food crop sector (rice), plantations, capture ﬁsheries, aquaculture,  animal husbandry, and forestry as the population’s primary income  source. Thus, sea level rise will directly threaten the primary source of  income for seaside villages and create socio-economic vulnerability for  its inhabitants.